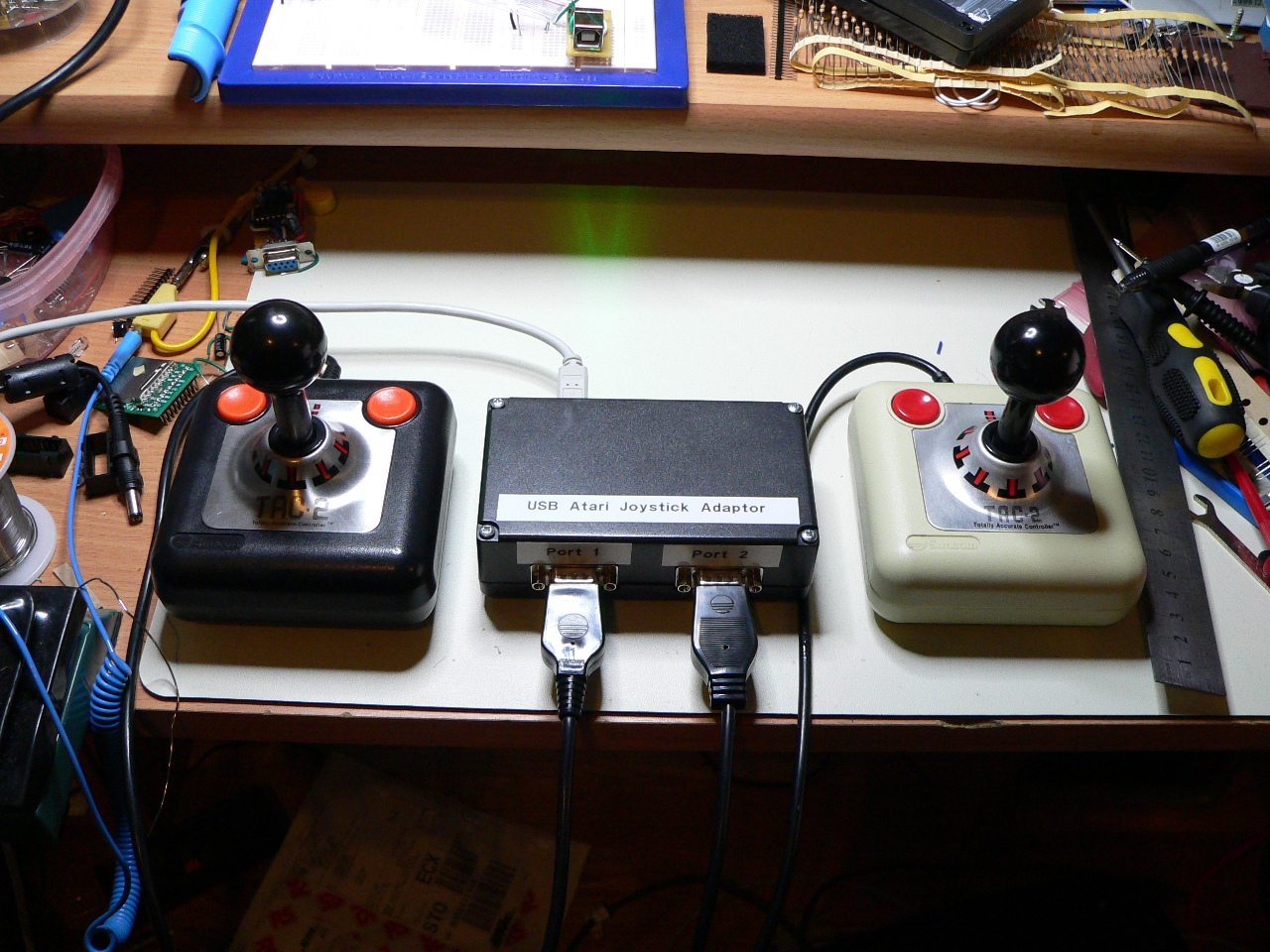 It’s purpose is to allow game play on Linux and Windows emulators (such as VICE) using the original hardware for a more realistic ‘retro’ feel.

I’ve tested the device on both Windows 7 and Ubuntu 9.10, since it is HID-compliant no drivers are necessary, you just plug in and go.

How does it work?

The USB adaptor is built around a PIC18F2550 microcontroller and a port of the Microchip USB stack (to the Hi-Tech C18 PRO compiler). The circuit is designed for minimum component count to allow it to easily be built either on a PCB design (included below) or a small piece of stripboard.

The 2 physical joystick ports are multiplexed onto the PIC’s PORTB, this is to allow use of the PORTB weak pull-up feature on both joysticks (removing the need for 10 pull-up resistors). An optional barrier diode is also included to protect the host computer from power feedback when using an in-circuit programmer. Multiplexing to a single port has the added advantage of leaving PORTA free for future addition of mouse/paddle interfaces (at some point I would like to add an Amiga mouse port to the design). 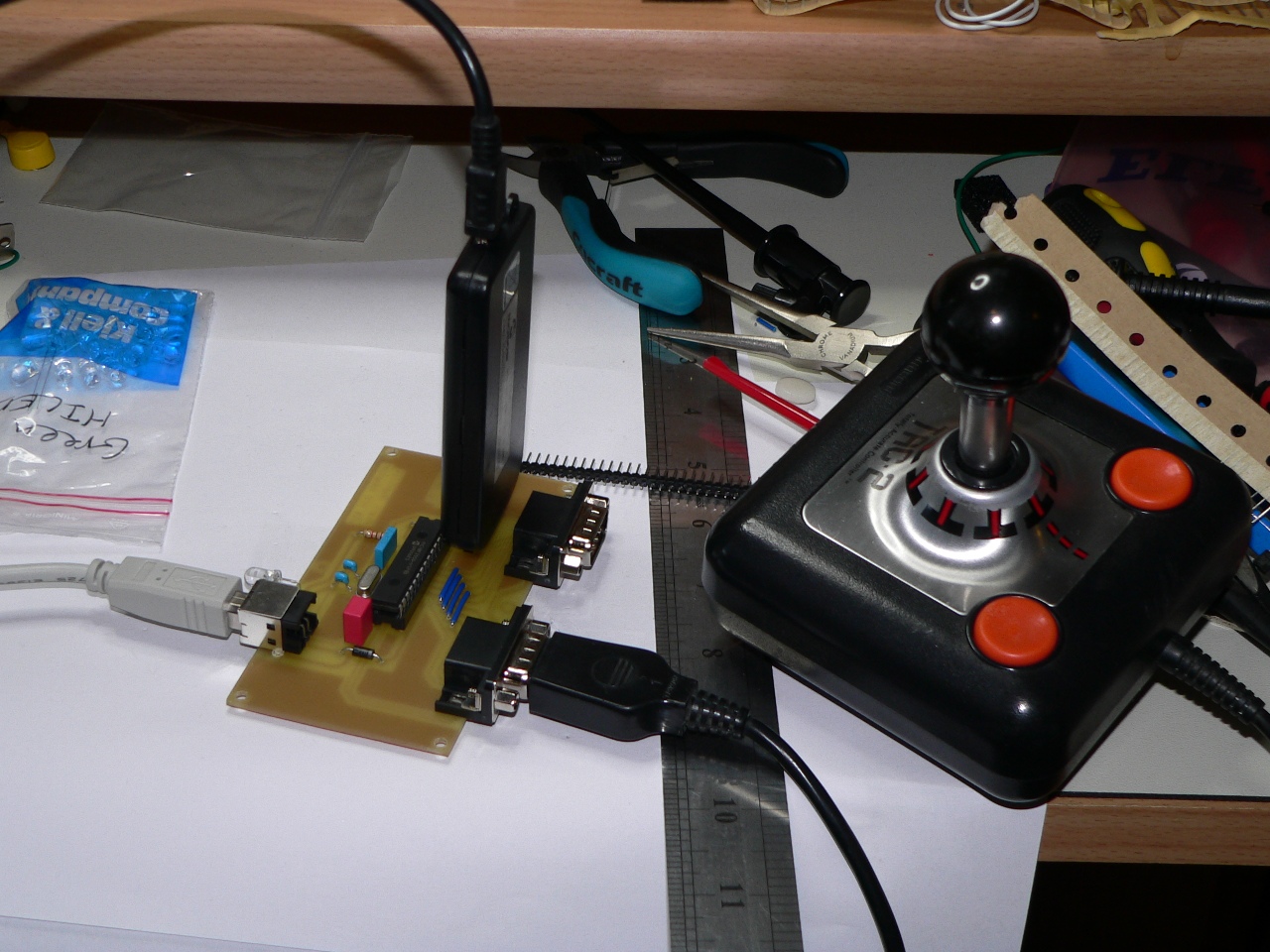 The adaptor and PICkit2 programmer

The whole interface consists of 3 ports (2xJoystick, 1xUSB) and 10 components including the PIC. To make it even more compact/cheap you could also remove the status LED (which I included to help debugging) and the MCLR pull-up resistor (required so the ICSP programmer can hold the device in reset – useful when developing).

Most of the complexity is in the software, feel free to download it and adapt it to your purposes. Please note that I don’t have my own USB VID or PID (since it costs $1500!) so you may need to alter the VID and PID in the code if it conflicts with another device (very unlikely since I used the Microchip VID). 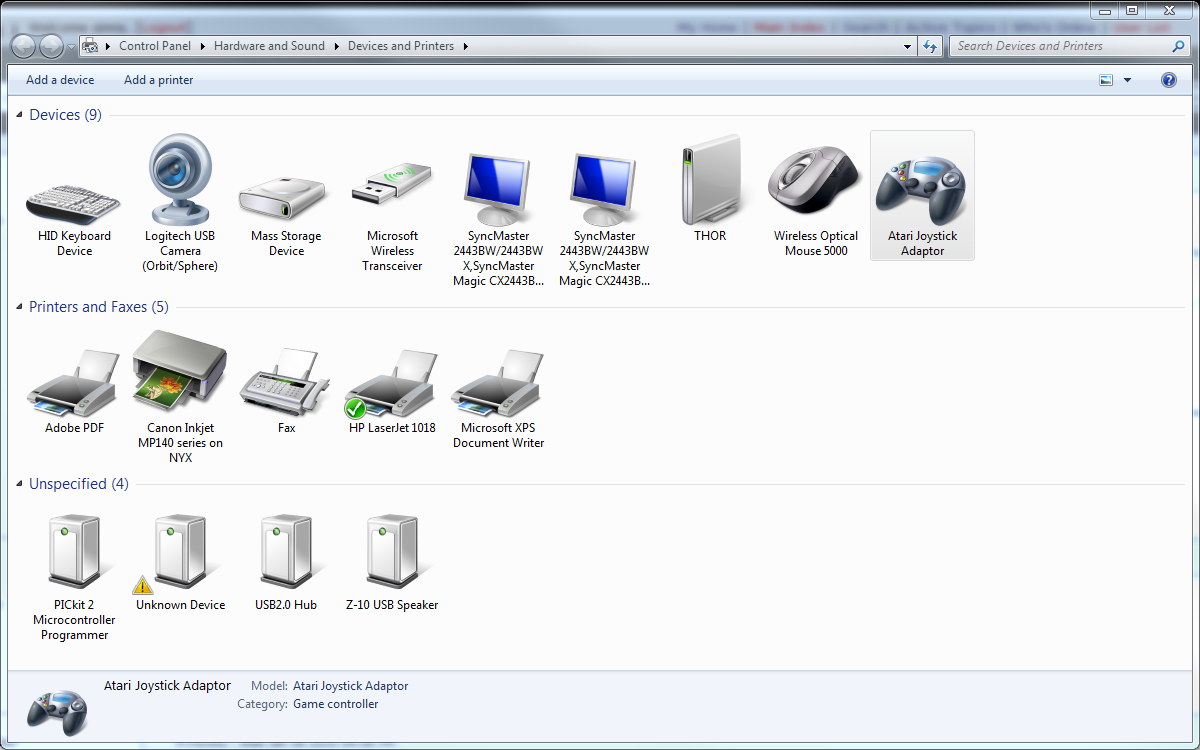 This next picture shows the 2 HID interfaces provided by the composite device: 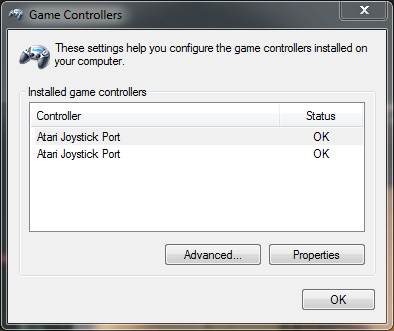 And here is a view of the joystick’s properties in Windows 7 (the joystick is pulled south-east with the fire button held down): 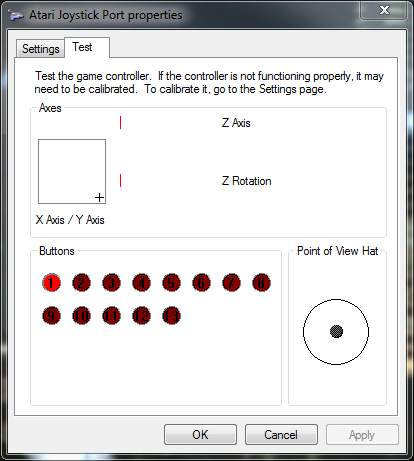 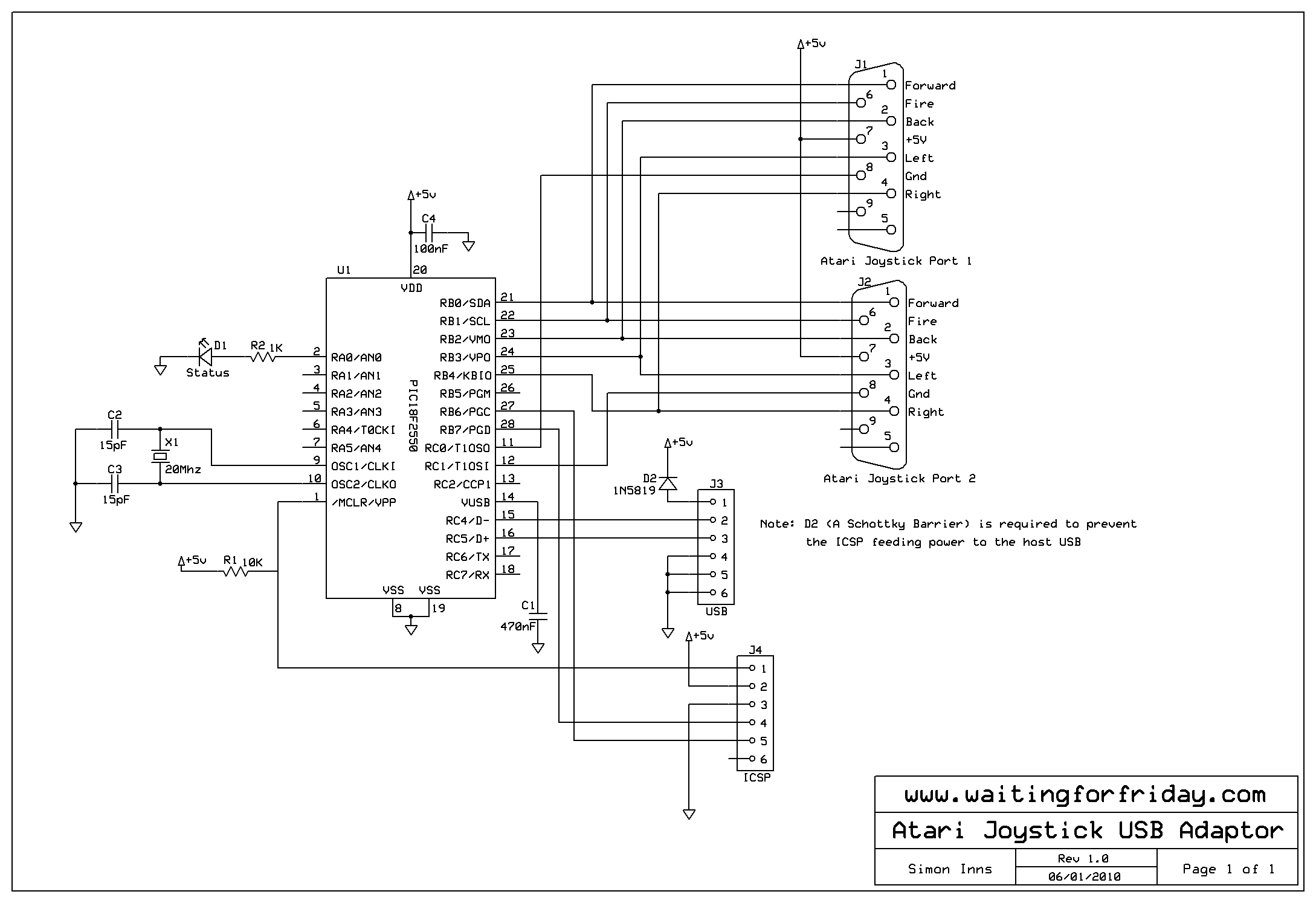 The PCB is designed to fit in a standard half-euro enclosure 120x70x35mm (I’m using one from Kemo, article number G081).